For 45 years Guido Guidi has been photographing time, its passing and its erosive effect on Italy, his home country in decay.

Two photos are the starting point of the exhibition. On the left image, which was created this year, we see a page from a notebook with a sketch of the old woman in ‘La Vecchia’, a work the Italian Renaissance painter Giorgione made somewhere around 1506. With masking tape it is stuck to a white board full of notes. A red marker line connects some dots in the drawing, taking the shape of a lightning bolt. Horizontal, numbered lines suggest attention to layers within the work. In the painting, and also in the sketch of it, the woman is holding a piece of paper with the words “Col tempo”. Literally: with time.
On the right hangs a square black and white photograph from 1972 of a simple house in San Cristoforo. Light falling on the saddle roof draws a shadow on the pale wall that also evokes the image of lightning. It is reminiscent of the American facades of Walker Evans, who had a great influence on Guidi, but sober; also the barns of William Christenberry, but in black and white.
For Guidi, who studied both architecture and industrial design, photographing is a process of knowledge first; a way to get closer to something and understand it better. It is also a way to make connections.
In 1983 Guidi produced a short, yet thoughtful series of photographs in an empty room in Preganziol. With only four bare walls and two windows facing each other, he produced wonderful colour and black and white images. In a serene image sequence, we see the light shifting slowly along the damp wall. Inside the illuminated area the shadow of a tree appears and disappears. Time and light alter the space, or at least its appearance.

Guidi thus refers to the camera obscura, the dark chamber in which a beam of light uses an opening to project a reverse image on the opposite wall, but also to the linear perspective, which was explained in 1435 by Leon Battista Alberti, on the basis of a window looking outside. The latter explains why Guidi, who has been fascinated by perspective since his days as a student, likes to photograph windows from the inside looking out.
When last spring the Royal Academy of Arts in London devoted an exhibition to the mysterious painter Giorgione, his ‘La Vecchia’ quickly ran with the most attention. The Guardian examined the unusual painting of the ragged, old woman extensively. How it contained all conventional style elements of the Italian Renaissance portraits – the pose, light and delicate brushwork – but at the same time showed that these conventions were lies. “Reality is decay. Time is death,” the British newspaper wrote. 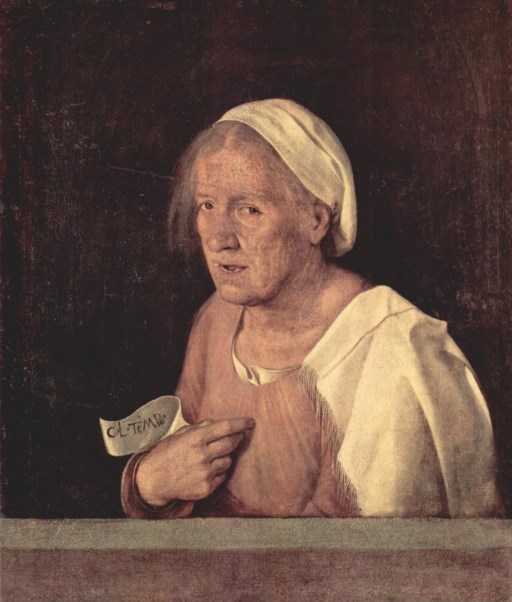 Time is lenient to no one thing or person. This is perhaps the most important theme throughout the work of Guidi. The passage of time is felt not only in the sequences and repetitions, but also in the play of light and shadow. Time is visible in the many weathered facades that Guidi chooses to photograph, where erosion leaves an almost liquid print; in peeling paint and the worn, corroded materials, captured aptly and in melancholic colors with his large format camera.
Robert Adams once said that a good landscape photograph offers something geographically, something metaphorical and something autobiographical. Guidi’s agrees with his American contemporary. Only he would replace the term ‘metaphorical’ with ‘hinting’, as he confided to me some years ago. Zooming out wider onto the urban landscape and its inhabitants, his images bathe in the cinematic atmosphere of Italian neorealism. Here Guidi reveals himself at his most wistful. Italy is the old woman in the painting by Giorgione.

This feature on the exhibition Guido Guidi – Col tempo was published in De Standaard on October 10, 2016. Translated with the kind help of Sean Davey. 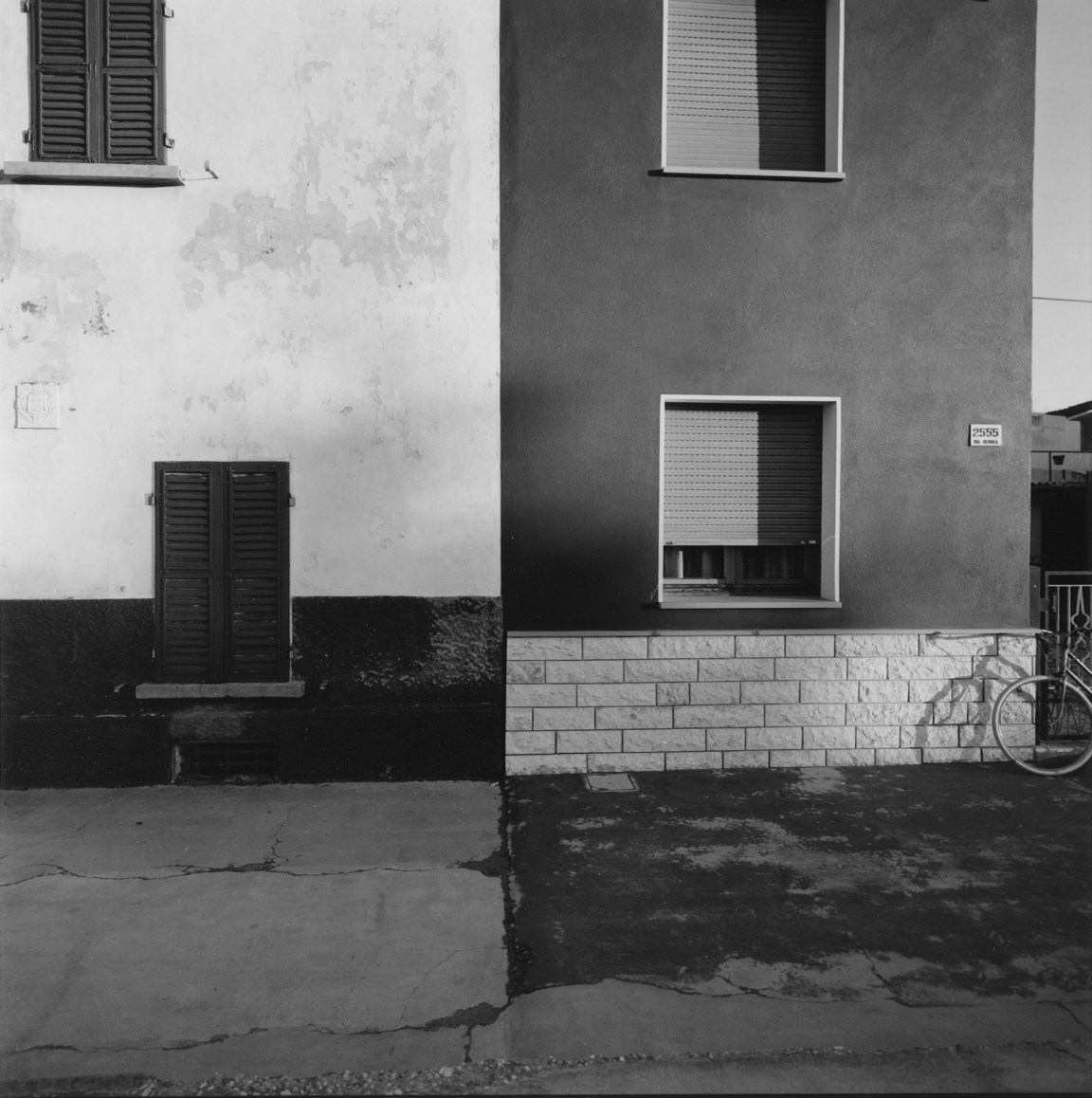 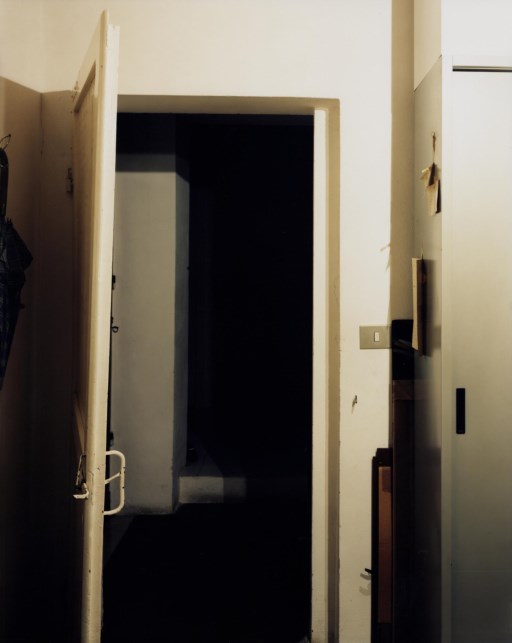