This text was originally published on Colin Pantall’s blog on March 6, 2018, as part of the ‘Stories from the Home Front’-series. 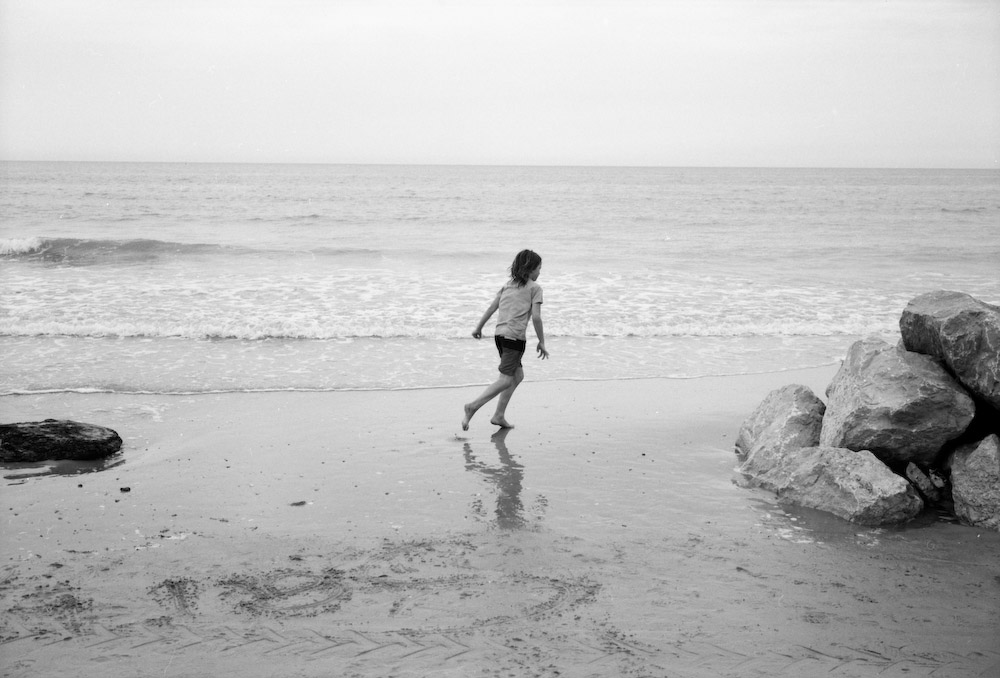 He’s on a beach in France and he wants to climb the rocks and kick the waves.

He’s anxious and because of that he’s not settling into that state where he’s letting it all go and he’s just there; that moment of mere being.

He is ten now. I’ve photographed him many times. It used to be easy. He would be doing something – or nothing, I would see something, I would ask him to hold still.

For a second he would release everything, let his mind drift somewhere, and there it was: a swift picture.

Ask me why I photograph my children and I’ll most likely lose my way in trying to find a sufficient answer.

Of his photographs of his wife Edith, Emmet Gowin said that they established Edith as a person, and them as a couple.

“If you set out to make pictures about love, it can’t be done”, Gowin said. “But you can make pictures, and you can be in love. In that way, people sense the authenticity of what you do.”

Do I find authentic proof of my fatherhood in the photographs of my children?

I press the shutter.